Stop 1: Welcome and the Confederate Monument

History has never been able to determine, exactly, how many Confederate soldiers served, fought, and died here at Fort Donelson in February of 1862. Following the surrender of this fort by Confederate Brigadier Simon Bolivar Buckner, to his old friend and colleague, Ulysses S. Grant, burial parties searched the battlefield for Union and Confederate dead.

If a list of those killed in the battle was made, as well as a list of their resting places, it is not known to survive. Several Confederate dead from this battle rest in Clarksville, Tennessee. For most of the fallen Confederates, however, their final resting places are unknown.

The United Daughters of the Confederacy raised the funds for this monument, and dedicated it in 1933, the year that this park was transferred to the NPS from the War Department. Today, over 150 years after the Battle, a Confederate soldier stands guard, once again, at Fort Donelson. 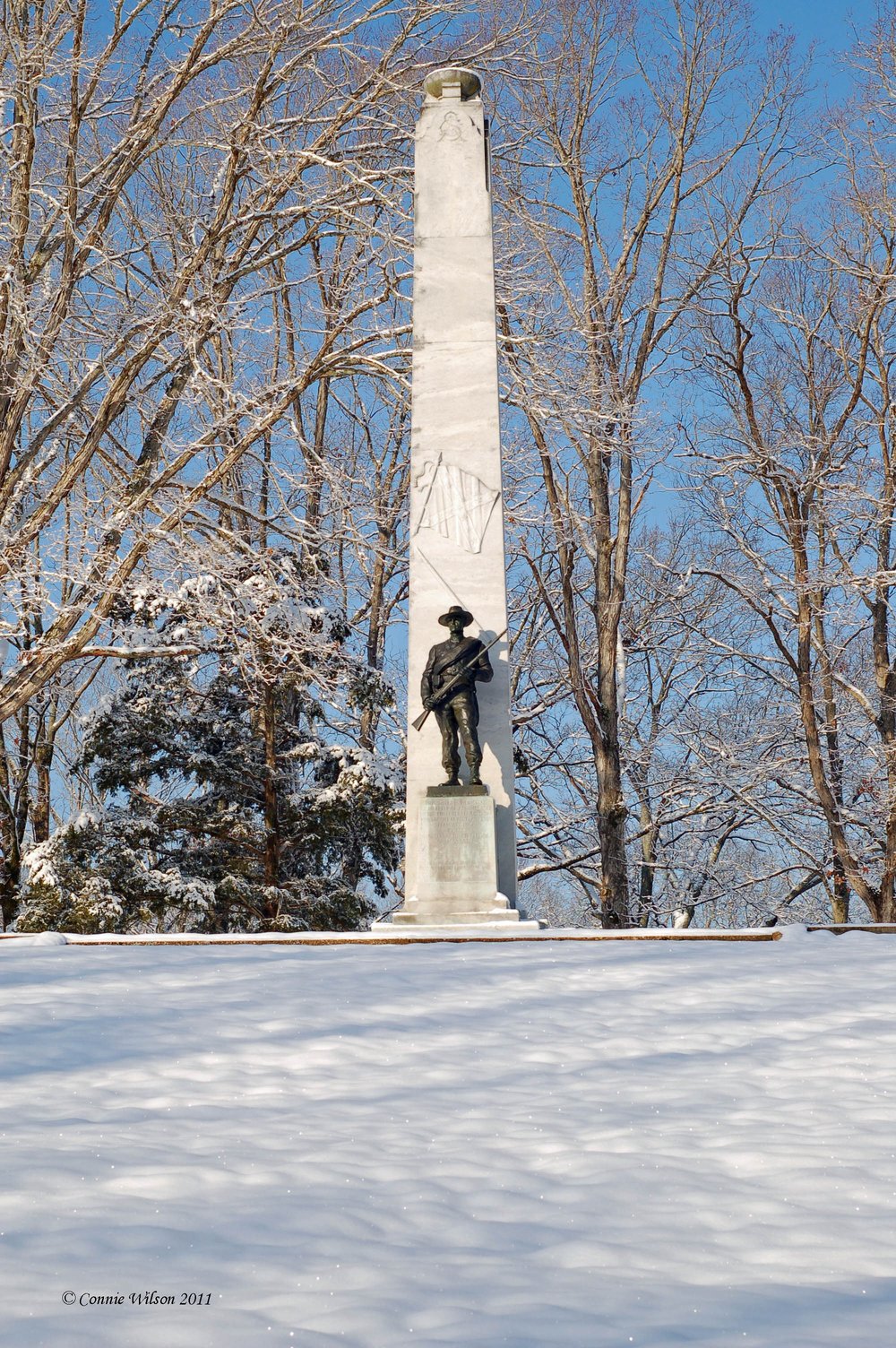